Generation Zero And Their Toll On America And The Next Generation:The "Me Generation"

So far, only some teasers have been available and Fox did not have Hannity’s full segment available. Generation Zero, a documentary that will be in theaters next month, reviews the current economic crisis and refutes claims capitalism is the problem. Capitalism is actually the solution.
Gen Zero Hannity Special from Citizens United on Vimeo.
From the Generation Zero movie Web site…

The current economic crisis is not a failure of capitalism, but a failure of culture. Generation Zero explores the cultural roots of the global financial meltdown – beginning with the narcissism of the 1960’s, spreading like a virus through the self-indulgent 90’s, and exploding across the world in the present economic cataclysm.
Generation Zero goes beneath the shallow media headlines and talking head sound bites to get to the source of today’s economic nightmare. With a cutting edge style and haunting imagery, this must see documentary will change everything you thought you knew about Wall Street and Washington.
Featuring experts, authors, and pundits from across the political spectrum, Generation Zero exposes the little told story of how the mindset of the baby boomers sowed the seeds of economic disaster that will be reaped by coming generations.

This is who the hippi pot smoking radicals of the 60's loved. They are the "Me Generation". All they care about was "Me". That is why they will leave the next generation nothing but a big mess to clean up. Next year is when the first baby booomers turn 62. It's time to tell them they don't get everything they want no matter how much it will cost the next generation. They are robing the future generations so they can get what they want now. And the youth of today are helping these progressive leaches by voting for them. The youth better wake up and stop believing the left wing when they demonize businesses and capitalism. Those hippies couldn't make utopia happen then and they can't make it happen know. But now it will be the youth that will pay for the liberal generation zeros experament.

Democrats must sacrifice their jobs to get Obamacare through 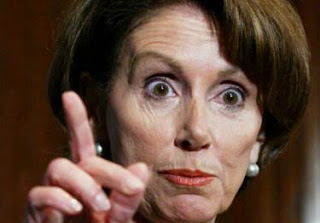 Nancy Pelosi is calling for the Democrats to risk their jobs to get Obamacare passed. That must mean she doesn't have the votes to get Obamacare passed. Thank God for the Blue Dog Democrats. They aren't buying what the Progressive Democrats are trying to sell. Most Democrats know that this Obamacare if it is jammed through Congress will end the Democratic Parties chances of getting elected for the next decade or so. But somehow the Democrats will find a way to blame the Republicans for their inability to give us a comprehensive health care reform. Who want to spend $2 tillion to save $100 million in deficit? That aint too bright if you ask me. And the half baked story about Obamacare creating millions of jobs is just rediculus. These politicians are 90% BS and 10% truth. We want health care reform just not the reform the Democrats are pushing. It is a 2,700 page pork and payoff bill. It is about control over 1/6th of our economy. It is about the socializing of America. It is about the killing of capitalism and all that made this country great.


House Speaker Nancy Pelosi urged her colleagues to back a major overhaul of U.S. health care even if it threatens their political careers, a call to arms that underscores the issue's massive role in this election year.

Lawmakers sometimes must enact policies that, even if unpopular at the moment, will help the public, Pelosi said in an interview being broadcast Sunday the ABC News program "This Week."

"We're not here just to self-perpetuate our service in Congress," she said. "We're here to do the job for the American people."

It took courage for Congress to pass Social Security and Medicare, which eventually became highly popular, she said, "and many of the same forces that were at work decades ago are at work again against this bill."