A healthcare reform expert warns that the healthcare legislation Democrats are pushing will be a major expansion of a welfare program that is already being administered poorly.

It might be too late as many Americans have already given up on this Congress. Is Obama doing the right thing? Is he doing enough to show Americans he wants to do what is best for them? And can we afford this health care reform if it is still $1 trillion?

President Barack Obama said Tuesday he was open to four new Republican proposals on health care legislation, a gesture of bipartisanship meant to jump-start his stalled drive to overhaul the system.
Obama detailed the ideas, all of which were raised at a bipartisan health care summit last week, in a letter to congressional leaders. In a nod to his 2008 presidential rival, Obama also said he had eliminated a special deal for Medicare Advantage beneficiaries in Florida and other states that drew criticism at the summit from Sen. John McCain, R-Ariz.
The proposals Obama listed are: sending investigators disguised as patients to uncover fraud and waste, expanding medical malpractice reform pilot programs, increasing payments to Medicaid providers and expanding the use of health savings accounts.
"I said throughout this process that I'd continue to draw on the best ideas from both parties, and I'm open to these proposals in that spirit," wrote Obama, who will make remarks Wednesday at the White House on a path forward for his legislation.
He rejected the GOP's preferred approach of scrapping the existing sweeping overhaul bills and starting afresh with step-by-step changes.
House Speaker Nancy Pelosi, D-Calif., said Obama's letter "brings us just another step closer to passing the bill."
"We hope to incorporate some of the suggestions," she said.
Obama's announcement did not appear to win over any Republicans, who complained the underlying legislation remained fatally flawed, and the Senate GOP leader warned of reprisals in this fall's midterms elections if the Democrats go forward. But it could give wavering Democrats political cover by showing the White House has been willing to compromise in the wake of last week's summit.
"We're anxious to get health care done, which we will get done," Senate Majority Leader Harry Reid, D-Nev., said after Obama released the letter. Democrats proceed at their own political peril, said Senate Minority Leader Mitch McConnell, R-Ky.
"I want to assure our Democratic friends that if they are somehow able to pass this bill in the House, it will be the issue in every race in America," McConnell said.
At its core the Democrats' legislation would extend coverage to 30 million uninsured Americans over 10 years with a first-time mandate for nearly everyone to buy insurance and a host of new requirements on insurers and employers. However, the package soon to reach the House will be less expensive than the one the House passed in November and will contain no government-run insurance program to compete with private insurers, making it more appealing to some moderates.
Democrats are eyeing a controversial procedure known as "budget reconciliation" to get the legislation to Obama. Under this process, the House would pass the Senate-passed overhaul bill, and both chambers would pass a package of changes to the legislation designed to appeal to House Democrats. The changes — they could include Obama's suggested Republican ideas — could pass under budget rules allowing a simple majority vote in the Senate. It's Democrats' only way forward because Republicans control 41 Senate votes, just enough block the 60-vote supermajority usually required for action.
But the approach infuriates Republicans, even though they've used it in the past, and makes some Democratic moderates uneasy. White House chief of staff Rahm Emanuel defended the tactic after emerging from a meeting at the Capitol with Reid and House Speaker Nancy Pelosi, D-Calif.
"Reconciliation is a vehicle that's been used many times," Emanuel said. "This is a normal procedure, nothing different out of it."
Obama said he was open to these four GOP ideas:
—Conducting undercover investigations of Medicare and Medicaid providers to search for waste, fraud and abuse, an idea put forth by Sen. Tom Coburn, R-Okla., at least week's summit.
— Experimenting with specialized health courts as an alternative to jury trials in medical malpractice cases to cut down on defensive medicine. That idea has been promoted both by Democrats and Republicans, including Coburn and Sen. Mike Enzi, R-Wyo., who attended the summit.
The approach calls for an expert judge — not a jury — to hear the evidence and make a final determination in cases where a patient has suffered harm. Trial lawyers are strongly opposed to the concept.
Months ago, Obama budgeted $23 million for states to experiment with alternatives to malpractice litigation, but at the time he stopped short of endorsing health courts. The president now says he wants to more than double the budget for state experiments to $50 million.
—Obama also agreed that health savings accounts would be offered in new markets his plan sets up for individuals and small business to purchase coverage. Sen. John Barrasso, R-Wyo., brought up the idea at the summit.
The president said he's open to the tax-sheltered accounts, which go hand-in-hand with high-deductible health insurance policies. Premiums on those policies are lower than for regular health insurance, and people who have them use the health savings accounts to pay their out-of-pockets costs.
—Obama also suggested increasing reimbursements to Medicaid providers, a concern raised by Sen. Charles Grassley, R-Iowa.
"That's just one thing," Coburn said of the president's desire to incorporate his proposal. "We need to start over," Coburn said, contending the bill doesn't address underlying issues of health care costs and quality.
Grassley said Obama's willingness to include his idea didn't change his opposition to the overall legislation. "There are other things more important," like its lack of caps on liability damages and its inclusion of an individual mandate, he said.
Democrats argue that the GOP calls to scrap the existing legislation and start anew further their argument that Republicans have been unreasonably opposed to almost any compromise, justifying the White House decision to push for passage with no GOP help at all.
Sen. Bill Nelson, D-Fla., said he hadn't seen Obama's proposal to eliminate the provision he championed to let about 800,000 Florida seniors enrolled in Medicare Advantage plans keep their extra benefits. But, Nelson said, "I do not think it should be removed." 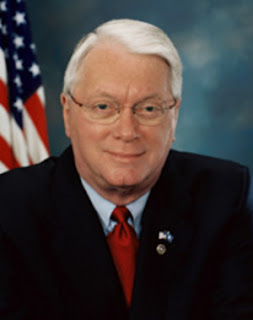 The left is completely flipping out [see Memeorandum] over Senator Jim Bunning (R-KY) holding up an emergency 30 day extension of unemployment benefits.  Why is Bunning holding up “the process”? Simple, he is trying to make the Democrats keep to their Pay-Go legislation.  Bunning wants the Democrats to use unspent money from the stimulus to pay for the extension. When will the Democrats say what they mean and mean what they say? All Sen.Bunning is doing is holding the Democrats to their word. He isn't holding up unemployment benefits extentions. He is just telling Congress to find the money. John is right when he calls them Hypocrats. Congress is out of control and Sen.Bunning is putting them back in their place. I'm getting sick of Congress acting like they are above the laws they write.
Posted by Chris at 1:57 PM 23 comments:

Is Obama Putting The President At Risk With His Drinking and Smoking?