Is Obama Risking His Presidence For This Woman?

This is from the Enquirer Magazine. This brings back memories of John Edwards and Bill Clinton and what effect Bill Clinton's acts did on this country. If this story isn't true it is a rotten thing to do. But if it ends up being true then he is taking risks with the presidentcy. That is serious business and it will be the end of his presidentcy as well as the Democratic Socialist  Party.  For now 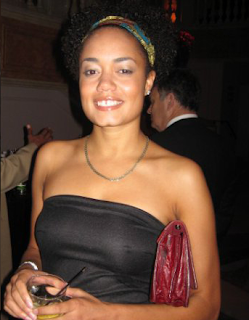 OBAMA has been caught in a shocking cheating scandal after being caught in a Washington, DC Hotel with a former campaign aide, sources say.
And now, a hush-hush security video that shows everything could topple both Obama's presidency and to Michelle!
A confidential investigation has learned that Obama first became close to gorgeous 35 year-old VERA BAKER in 2004 when she worked tirelessly to get him elected to the US Senate, raising millions in campaign contributions...
The ENQUIRER has also learned that on-site hotel video camera footage could provide indisputable evidence.
"Investigators are attempting to obtain a tape from the hotel (that) shows Vera and Barack together," the DC insider confided.
"If the tape surfaces, it will explode the scandal."

Here we go again with the lieing,cheating sex and drug scandal stories. I don't remember if this ever happened with the Bush's or Reagan? Well hopefully this isn't a true story because this might be a big blow in confidence with the American people and the country will suffer for it if he did it.
Posted by Chris at 3:13 PM 30 comments:

Tennessee Is Drownding While Obama Does NOTHING

This looks like Katrina but it is Tennessee. On April 30th, Barack Obama issued a Presidential Proclamation declaring today the National Day of Prayer.
In it, he wrote,


"Let us remember in our thoughts and prayers those suffering from natural disasters in Haiti, Chile, and elsewhere, and the people from those countries and from around the world who have worked tirelessly and selflessly to render aid. Let us pray for the families of the West Virginia miners, and the people of Poland who so recently and unexpectedly lost many of their beloved leaders"

The next day, Tennessee began to flood, people began to die, and things changed pretty dramatically.
Barack Obama has still, to my knowledge, not spoken personally of the events in Tennessee or attempted to visit — an act that would have gotten George W. Bush savagely attacked by the press, Democrats, and Congress.
More troubling, Barack Obama neither altered the National Day of Prayer Proclamation nor issued a subsequent one.
Heck, even Bob McDonnell reissued his Confederate History Proclamation to include a line about slavery.
Posted by Chris at 10:07 AM 27 comments:

Homosexual activists in Michigan have for years tried to force public school districts to adopt "bullying" policies that -- rather than simply prohibit all bullying against all students for all reasons -- segregates students who engage in homosexual behavior or cross-dressing into special "protected class" categories and gives them special protection specifically based on that behavior.
That's why we call homosexual activists' supposed "bullying" legislation a Trojan Horse, because it's more about setting the precedent in Michigan law of giving special rights and protections based on homosexual behavior than it is about student safety.
Now, because our state affiliate -- the American Family Association of Michigan -- has been so effective in exposing their Trojan Horse strategy, homosexual activists and their political allies in Lansing are trying a different scheme, taking a page from their "hate crimes" playbook.
They've introduced House Bill 4850, which -- rather than simply cracking down on all bullying against all students for all reasons -- defines bullying as being "motivated by animus or by a (student's) actual or perceived characteristic."
In other words, they want to make bullying a "thought crime" and punish bullies for what they were allegedly thinking while bullying someone. And once again, they insist on defining bullying as being motivated by a student's "characteristics," including homosexual behavior and cross-dressing.
Thankfully, pro-family champion Rep. Tom McMillin, R-Rochester Hills, has introduced a substitute to HB 4850 that would simply prohibit all bullying against all students for all reasons, without trying to figure out what the bully was thinking or doling out special protection triggered by a student's "characteristics" such as homosexual behavior or cross-dressing.
Take Action TODAY!
Send an email to your legislator today -- right now -- urging support for Rep. McMillin's substitute bill, which will remove the "thought crimes" language from HB 4850 and simply protect all students from all bullying for all reasons, period. Or if Rep. McMillin's substitute is not adopted, urge your representative to vote against HB 4850.
Posted by Chris at 9:58 AM 4 comments:

BREAKING NEWS! The Shocking Secrets That Could Destroy Obama's Presidency!

It's the story every American needs to read! Barack Obama is hiding eight shocking secrets that could destroy his presidency before it even gets off the ground, political insiders say. In a blockbuster Special Report, insiders rip the lid off the scandals about his twisted bi-curious sex life, drug abuse and the mysterious past he's hiding from the world. The new President has artfully dodged some of the most serious questions ever posed to a Commander-in-Chief. But top political leaders are demanding answers NOW - and the mounting pressure could trigger a firestorm that will bring down his administration. Only in GLOBE!   I wonder if this is real. They haven't done this kind of thing since Bill "Stink Finger" Clinton got busted. I hope it is a lie. Has anyone heard anything about this story?
Posted by Chris at 9:52 AM 8 comments:

Only In America Is Reverse Descrimination PC 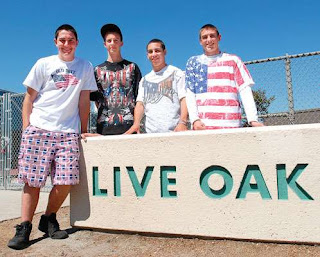 Only in America is it OK for one group to wear their flag but not the American flag. The 5th of May is a big day for Mexicans. They wear their flags to show their pride in their old country. But for some reason the Mexican-American Ass. Principle thought that these boys were disrespecting the Mexicans by wearing an American flag. Are the Mexicans animals in this country? Are they a culture of disdain for the country they are currently living in? By watching all the riots in AZ you would think so. We need to stop with the politically correct lie and stop tip toeing around the angry illegals because they are a little darker then us and a "minority". We all have EQUAL RIGHTS under the law not special rights or "social justice". What would have happened if a blond haired blue eyed ass. principle suspended all the Mexican kids for wearing the Mexican flag to school while doing NOTHING to the white kids in American flag clothing??? It's time to have equal punishment and equal justice in this country instead of the "social justice" the left want to give us.
Posted by Chris at 8:12 AM 12 comments: