Here Comes The Liberal Racism They Tried To Pin On Us

DAN RATHER: Part of the undertow in the coming election is going to be President Obama's leadership. And the Republicans will make a case and a lot of independents will buy this argument. "Listen he just hasn't been, look at the health care bill. It was his number one priority. It took him forever to get it through and he had to compromise it to death." And a version of, "Listen he's a nice person, he's very articulate" this is what's been used against him, "but he couldn't sell watermelons if it, you gave him the state troopers to flag down the traffic."

Enjoy The FIST Socialist Movement And The SEIU

Not Another Muslim Calling For The Destruction Of America.Who Would Have Guessed?

Adam Gadahn released a new video praising the actions of the Fort Hood shooter Nidal Hasan. Gadahn urged other muslims in the military to follow Hasan’s actions. Here are the videos in question. The only common denominator with most of these terrorists is they are Muslim. And yet the liberals don't want religious profiling. Who's side are they on?

Rep. Eric Massa (D-N.Y.), who plans to step down on Monday afternoon, made an appearance on a WKPQ radio show this weekend to explain the events leading up to his ongoing ethics probe and to accuse the Obama Administration of conspiring to remove him from power.
According to Massa, the ethics probe arose from an incident that took place at a raucous wedding party on New Years Eve.


"One of them looked at me and as they would do after, I don't know, 15 gin and tonics, and goodness only knows how many bottles of champagne, a staff member made an intonation to me that maybe I should be chasing after the bridesmaid and his points were clear and his words were far more colorful than that. And I grabbed the staff member sitting next to me and said, 'Well, what I really ought to be doing is fracking you.' And then [I] tossled the guy's hair and left, went to my room, because I knew the party was getting to a point where it wasn't right for me to be there. Now was that inappropriate of me? Absolutely. Am I guilty? Yes."

Massa also spoke about what he sees as connections between the timing of the disclosure of these sexual harassment allegations and his reluctance to vote yes on health care reform.
"Mine is now the deciding vote on the health care bill," Massa said, "and this administration and this House leadership have said, quote-unquote, they will stop at nothing to pass this health care bill. And now they've gotten rid of me and it will pass. You connect the dots."

Massa wasn’t finished there. Here is what he had to say about Rahm Emanuel:

From The Hill:Rep. Eric Massa (D-N.Y.) is taking some harsh parting shots at the White House on his way out of office.

Massa, who is stepping down amid allegations of sexual harrassment, said that Emanuel is a ruthless tactician who would “sell his mother” for a vote.

“Rahm Emanuel is son of the devil’s spawn,” Massa said in a radio interview. “He is an individual who would sell his mother to get a vote. He would strap his children to the front end of a steam locomotive.” 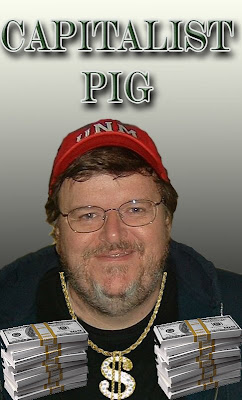 Liberal filmmaker Michael Moore on Sunday railed on Chief of Staff Rahm Emanuel, predicting, "Democrats on Election Day 2010 are going to get an ass-whoopin' of biblical proportions if things don't change right now."

In an open letter to the White House, Moore placed the blame for Democrats' dismal electoral prospects in 2010 squarely on the shoulders of Chief of Staff Rahm Emanuel, recently a popular target for liberals dissatisfied with the White House's handling of healthcare.

While Moore praised the sitting chief of staff for long being a "no apologies, take-no-prisoners fighting machine," he ultimately said Emanuel had "turned into a fighter -- not of Republicans, but of the left."

"Well, you and the Democrats have been in charge now for over a year and not one banking regulation has been reinstated. We don't have universal health care. The war in Afghanistan has escalated. And tens of thousands of Americans continue to lose their jobs and be thrown out of their homes," Moore wrote.

"You're such a good guy, Mr. President," Moore added. "Yet, you kept on saying you still believed in bipartisanship. Well, if you really want bipartisanship, just go ahead and let the Republicans win in November. Then you'll get all the bipartisanship you want."

Consequently, Moore later implored President Barack Obama to "replace Rahm with me." He subsequently offered to serve as chief of staff for $1 a day, while living in the White House basement.
Posted by Chris at 11:04 AM 1 comment:

Minorities Are Getting The Shaft From Obama Stimulus Bill


Latinos and blacks have faced obstacles to winning government contracts long before the stimulus. They own 6.8 and 5.2 percent of all businesses, respectively, according to census figures. Yet Latino-owned business have received only 1.7 percent of $46 billion in federal stimulus contracts recorded in U.S. government data, and black-owned businesses have received just 1.1 percent.

That pot of money is just a small fraction of the $862 billion economic stimulus law. Billions more have been given to states, which have used the money to award contracts of their own.

Although states record minority status when they award contracts to businesses, there is no central, consistent or public compilation of that data, according to Laura Barrett, director of the Transportation Equity Network. She and other minority advocates are calling for complete and publicly accessible demographic information on all contracts and jobs financed by the stimulus.

Isn’t it amazing how the Founding Fathers could see into the future……..
"It would reduce the whole instrument to a single phrase, that of instituting a Congress with power to do whatever would be for the good of the United States; and as they would be the sole judges of the good or evil, it would be also a power to do whatever evil they please. Certainly no such universal power was meant to be given them. It [the Constitution] was intended to lace them up straightly within the enumerated powers and those without which, as means, these powers could not be carried into effect." --Thomas Jefferson, Opinion on a National Bank, 1791