The accusations are on, the gloves are off, and the brawl has swung on for days. But the war of words over the Obama administration’s allegations that the U.S. Chamber of Commerce and GOP strategists have used foreign funding to influence the midterms is not over yet. These Democrats have become nothing more then hacks,hoping that their BS is bought by the American voters. This is just one more new low for the Democratic lieing machine.
Posted by Chris at 8:42 PM 5 comments:

If you can’t beat them, insult and attack them…

The American Federation of Government Employees (AFGE) released this “teabagger” election ad this week. They hope that by smearing all of those limited government protesters with an offensive sexual innuendo these patriots will stay home on election day. And, of course, they don’t care that these vile ads are playing on the internet and are heard on the radio so your children can learn how to be mean and rude, too. Since the AFGE want to tangle with the Tea Parties I'd say a good old fashion protest of these unions might send them over the edge. It's time we start treating these unions as the enemy they have become. We need to push their buttons so that they make mistakes. And when they do we have it on video. Let's mark them the way they tried to mark us. But we will just show what the public unions have become. A socialist organization that uses intimidation to submit their opponents. And the Republican Party needs to point out the socialist and anti-government,anti-business the union leadership has become. The members of the unions are not proud of their unions.
Posted by Chris at 8:38 PM 1 comment:

“Economic Treason” & the Confiscation of America By The Unions

How Marxist Unions & Democrats Plan to Steal America
Posted by LaborUnionReport
11 Comments
YOU are the ONLY thing in the way of them fulfilling their agenda. 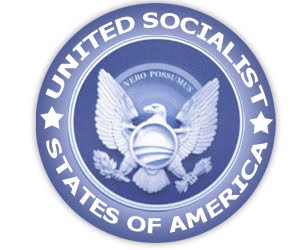 Over the last year (and longer), we’ve written on the union push to nationalize America’s retirement system and how important the $165 billion union pension bailout bill is to union bosses and their lackeys in the Democratic Party. Moreover, for two years, we’ve written how America’s health care system will be socialized medicine within three to five years.  We’ve also forewarned, before it was too late, how “Wall Street reform” opens the door for unions to re-order America’s companies into their own unionized image. We’ve shown how today’s union bosses are wholly lined up with global socialists and you saw the Marxist March on Washington last weekend.  And, finally, we’ve told you how unions or their allies may already be stealing the November elections.
Why has all of this been put before you? Very simply, to show you how unions and their minions in the Democratic party are stealing the nation out from under all of us.  It is something that has been long in coming—indeed, it’s been a battle that has raged back and forth inside the union movement for well over a century.  And, the vision that was Samuel Gompers’ vision of a free labor movement died when the socialists won. You see, upon realizing that, it became the reason some of us left the movement so many years ago—we saw the noose that we were helping to put around America’s neck and began to realize that the nation would eventually slide into a socialist state. So, we chose to fight it.
Now, with the mid-term elections a mere three weeks away, unions and their Democratic dependents may be laying the ground work for the coup de gráce, to finish America’s quasi free-enterprise system.  And, frankly, it is only through your massive, coordinated, and executed voter turnout that their plan to confiscate and redistribute—merely fancy words for steal—America’s wealth and create their Utopian socialist state may be averted.  [It may already be too late, as the groundwork has been laid for quite some time.]
Economic Treason
Several weeks ago, in a manner befitting Josef Goebbels’ Principles of Propaganda, AFL-CIO boss Richard Trumka escalated the demonization of American businesses that are not creating jobs.  Due to a risk aversion created by Washington and its an anti-business climate, Trumka has taken to calling businesses “corporate traitors“ and accusing them of “economic treason.”  [Ironically, much of Corporate America's risk aversion comes from very policies that union bosses like Trumka have pushed via the Obama Administration.  As a result, after wasting trillions, if anyone is to blame for America's unemployment woes it is Barack Obama, Harry Reid, Nancy Pelosi and the people pulling their strings—their union bosses.]
Even though Trumka and his cronies have always used economic populism (and other means) to lash out at America’s corporations—Trumka even hypocritically challenged Sarah Palin for her choice of words recently—the escalation of Trumka’s rhetoric is especially provocative (and enlightening) when, just a few weeks later, he stated:


We need to fundamentally restructure our economy and re-establish popular control over the private corporations which have distorted our economy and hijacked our government. That’s a long-term job, but one we should start now [emphasis added].

Last week, in furtherance of Trumka’s campaign to demonize business, the AFL-CIO’s Working America (the AFL-CIO’s quasi-equivalent of ACORN) launched an online tool called Job Tracker, which enables users to:


Find out which companies in your area are exporting jobs, laying off workers, endangering workers’ health or involved in cases of violations of workers’ rights. The database contains information on more than 400,000 companies nationwide.

Then, on Friday, the federation continued its “corporate traitors” rhetoric when it sent an e-mail blast to those on its e-mail list.

While the “job tracker” is reportedly going to be used as a way to fire up union members to get them to the polls on November 2nd, the reality is that the tool will be used after November to help enable the AFL-CIO bosses to continue the demonization of American business for political purposes.
Meanwhile, President Obama’s speechwriters, in a strange and faux-xenophobic kind of way, are also trying to add their version of ‘patriotic populism’ approach through its attacks on the U.S. Chamber of Commerce [which given the evidence so far, a 'patriotic' theme is one they should probably work to avoid].


“You don’t know,” Obama said at the rally for Senate candidate Joe Sestak and other Democrats. “It could be the oil industry. It could even be foreign-owned corporations. You don’t know because they don’t have to disclose.”

The problem for Obama and the Democrats is that, by using this approach, it may backfire in several ways: First the sheer hypocrisy of the claim, given Obama’s own skills at raising foreign funds. Second, the “foreign-owned” corporations (like Toyota, Nissan, BMW) are doing a better job at creating jobs in America than their unionized counterparts are.  And, thirdly, by slamming the oil industry—especially after the Administration’s massive bungling of the BP oil spill and the forced unemployment in the region as a result of the drilling moratorium—voters can see through his rhetoric.
The Confiscationalists.
Also on Friday, an online firestorm was created when Human Events writer Connie Hair exposed what Democrats were doing last week during a recess hearing in the Senate HELP Committee:


Democrats in the Senate on Thursday held a recess hearing covering a taxpayer bailout of union pensions and a plan to seize private 401(k) plans to more “fairly” distribute taxpayer-funded pensions to everyone.
Sen. Tom Harkin (D-Iowa), Chairman of the Health, Education, Labor and Pensions (HELP) Committee heard from hand-picked witnesses advocating the infamous “Guaranteed Retirement Account” (GRA) authored by Theresa Guilarducci.
In a nutshell, under the GRA system government would seize private 401(k) accounts, setting up an additional 5% mandatory payroll tax to dole out a “fair” pension to everyone using that confiscated money coupled with the mandated contributions. This would, of course, be a sister government ponzi scheme working in tandem with Social Security, the primary purpose being to give big government politicians additional taxpayer funds to raid to pay for their out-of-control spending.

The New School, at which Theresa Guilarducci is the Director of the Schwartz Center for Economic Policy Analysis, was founded in 1919 as a center for progressive thought by Fabian socialists, as well as historian Charles Beard and philosopher John Dewey. According to the New School’s website:


The New School is a legendary, progressive university comprising eight schools bound by a common, unusual intent: to prepare and inspire its 10,200 undergraduate and graduate students to bring actual, positive change to the world.

Now, the constitutionalist in you may, at first, balk at the usage of the term “confiscate.” After all, in addition to being possibly unconstitutional, a Castro-Chavez style nationalization (or confiscation)  is probably too crude for this crowd of Ive-League Leninists. No, their brilliance would likely reqiure more subtlety…like the tax code.
You see, if another government-entitlement were to be established, it would have to be pushed through Congress (which gives rise to the concerns of a ‘lame duck’ Congressional attempt at creating this monstrosity).  Once it is created (assuming it could withstand court challenges), however, they could argue that the creation of an ‘account’ in this new scheme would suffice the eminent domain and just compensation provisions of the Fifth Amendment; or, if they don’t want to bother with that, they could just use the tax code to incentivise Americans to put their retirements into the hands of the government.
The Final Noose Around America’s Neck
The plan to end America’s semi-capitalist system may be announced very shortly when the President’s deficit reduction panel makes its report to the President. In fact, one of its members, former SEIU boss Andy Stern tipped their hand in July when he talked to the Huffington Post:


Andy Stern, a key member of the deficit commission, is pushing to invest a significant portion of the Social Security trust fund in private companies through the stock market, the former labor leader told HuffPost.
Stern, taking a break from one of the few public meetings of the National Commission on Fiscal Responsibility and Reform, said that Social Security “needs to be, like any pension fund, brought back into balance.”
There were several ways to bring the fund into balance, he said, but one that he favors consists of “investing some percentage of government money in the stock market, as they do in Canada. Not individual taxpayer money, but government money.”

The significance of this cannot be overstated.  As bad as financial reform will for job growth, if the federal government invests in the private sector, there will be NO private sector.
As was stated at the beginning of this post:
YOU are the ONLY thing in the way of them fulfilling their agenda.
November 2nd is a mere three weeks from now.
Get Out the Vote.
Posted by Chris at 8:05 AM 5 comments: