I think we need to start thinking like these terrorists when defending ourselves. The terrorist use people as shields against attacks. Why can't we do the same? If I had my way I'd put a mosque in every large building or possible Islamic terrorist target. And I'd put them on the very top of the buildings where all Muslims can see that if they blow up our buildings again they are taking Muslims and the mosques with them. We can use them as human shields to protect ourselves. Putting this mosque in the new world trade center building is pure genius if you ask me. If an Islamic terrorist blows the mosque up then it will be Muslim's fighting Muslim's. And I'm sure even in a violent religion like Islam has rules on killing Muslims in a mosque. And if I was Israel I would let one of the Flotilla's of terror through to Gaza and lent Hamaslent. But before that ship got to Gaza I would fill it with faulty grenade launchers just like the one in the video. When fighting terrorist and radical Islam we need to think outside the box. All is fair in love and war. And for all you libs out there crying over that dead terrorist, don't forget he was shooting those grenades at Jewish citizens. Oh, I forgot you don't care about the Jews just the terrorist. Sorry about that mistake.
Posted by Chris at 2:28 PM 16 comments:

Pelosi Gets Heckled By Liberals

I hope to hear the same kind of rhetoric from the media that went bat shit nuts when conservatives got rowdy at the town halls. Now this was the liberal organization Code Pink that is against war and violence. They want everyone to just get along and that is why they became violent by throwing things. That doesn't make any sense to me. Why would a group against violence become what they are fighting against? How can they expect restraint from nations when they themselves can't restrain themselves? Why do the Democrats keep putting up with these crazy liberals? I just hope they don't start bombing things like the other left wing terror groups like ELF. And what is happening with the wars now that they are Obama's? Are the Democrats going to loose the wars now that they are in charge? And why isn't the media covering it like they did when it was Bush's war? To all those liberal pacifist that get violent when they don't get their way BOOOOOOOOOOOOOOOO BOOOOOOOOOOO BOOOOOOOOO.
Posted by Chris at 1:57 PM 3 comments:

Two Australian comics nail the global crisis better than anyone yet...Why can't the Democrats in office understand this debt crisis? We are in for a global crash that is caused by progressive debt and the Obama admin is just doubling down. Can't they see what is happening to the European Union? Why is the Democratic Party hell bent on turning us into Europe?  Today is a big day for the TEA Party in 11 states. We will see what American voters think of the Democratic Party today. 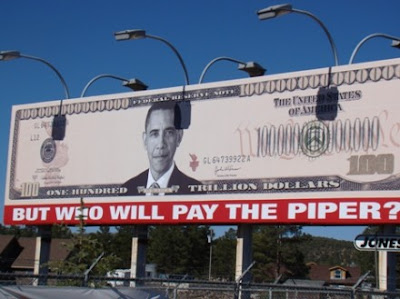 Who Is In Charge Of This Oil Spill?

This oil spill is out of control. Obama said he is in charge but what is he doing? I think this admin is only good at placing blame and not actually doing the work. I'd like to know what you all think about the Obama admins. handling of this disaster. At this point the Obama admin is only talking while we are in the largest disaster in our history. If Obama is in charge he better start acting like it. This thing may spill oil out until winter. Is that acceptable to you? And where are the left on this? Oh they are trying to punish the Gulf and Americans by calling for a stop of oil drilling. Do we stop all car transport because of a crash or do we make cars safer?
Posted by Chris at 7:17 AM 6 comments: