According To Keith Olbertmann We Are All Racist


Wow now this guy thinks all white people have some racism in them. Well everyone but Keith Olbertmann and his father. And he calls Beck crazy? Carnival in Germany features this float:

I had to add these. They are just too funny, just like the comic Keith Olbortmenn. I think it would be fun to just print that Blunder one and put it in the back of my car window.
Posted by Chris at 5:27 PM 37 comments:

I'll Help You Spread The Word 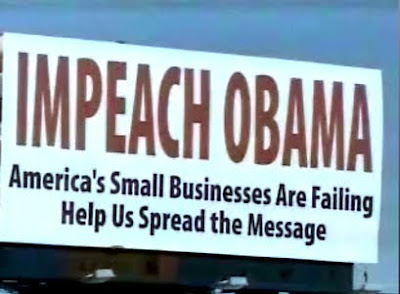 The Stimulus Bill Wasn't About Jobs

The Stimulus Bill was sold to us as a jobs bill. But with only 1/3 of the money spent how could it be about jobs? The Stimulus bill is just a slush fund for the Democratic Party. They are using this bill as a their own little piggy bank. As if we need any more proof that this bill was not designed to  do what they said it would. Then why do they feel we need another jobs bill when the first bill isn't even half way spent yet? Is that the 'change' the American people voted for? Can you seriously say that the bill has done what it was supposed to do? Or what it was sold to us as? Joe 'the buffoon' Biden is coming to the Detroit area today to talk about the jobs this admin. has saved or created. The last time they told us about the jobs they have 'saved or created' almost half of the jobs were not real. But the left will buy the Democrats 'saved or created' theory of jobs creation and economic growth hook, line and sinker. Just like they bought 'global warming' and 'alien seeding earth' theories. I'm starting to believe Darwins theory of evelution. They more I listen to these progressives. The more I think they are the relatives of monkies.
Posted by Chris at 11:26 AM 14 comments: