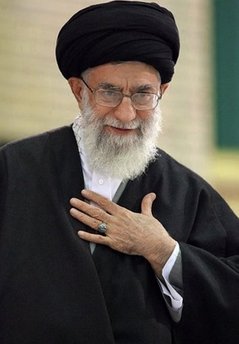 Does anyone think that Obama can handle this situation with Iran? What is Obama doing about this threat? Other then quizing himself on the issue. Maybe he will bow some more or do a photo op so they can use it against us. What should Obama do about this?  At least these Islamic Jihadist knew Bush would do something if they pushed too hard. That is why the world is trying Obama to see what they can get from us.

Supreme leader Ayatollah Ali Khamenei said on Monday that Iran is set to deliver a "punch" that will stun world powers during this week's 31st anniversary of the Islamic revolution.

"The Iranian nation, with its unity and God's grace, will punch the arrogance (Western powers) on the 22nd of Bahman (February 11) in a way that will leave them stunned," Khamenei, who is also Iran's commander-in-chief, told a gathering of air force personnel.

The country's top cleric was marking the occasion when Iran's air force gave its support to revolutionary leader Ayatollah Ruhollah Khomeini, a key event which led to the toppling of the US-backed shah on February 11, 1979.

His comments came as Iran said it would begin to produce higher enriched uranium from Tuesday, in defiance of Western powers trying to ensure the country's nuclear drive is peaceful. [MORE]

Is Waterboarding Torture? Is Withholding Medical Treatment For 50 Minutes To A Third Degree Burn 'Victim' Torture?

Marc Thiessen tells Christine Amanpour from CNN what the truth is about waterboarding. He made her and all the bleeding heart libs look as dumb as ever. I'd like to ask the bleeding heart liberals if withholding surgery and medical treatment for 50 min. is torture? And if it is then why aren't they doing anything about it like they did to Bush over waterboarding 3 terrorists? Everyone needs to watch this video.
Posted by Chris at 10:53 AM 40 comments:

Great job Mr. Rogers pointing out the truth about the Democrats lies about the health care reform. What say you Democrats about Mike Rogers points?
Posted by Chris at 9:19 AM No comments:

Palin has gotten into mocking the left too. Yesterday at a rally with Texas Governor Rick Perry, Palin wrote “Hi Mom” on the same palm. 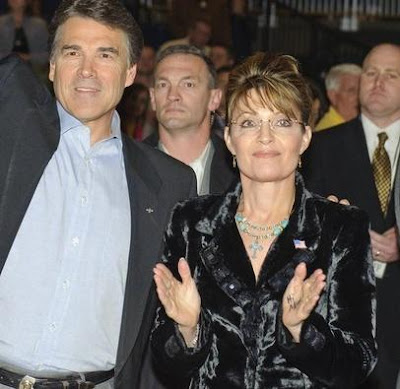 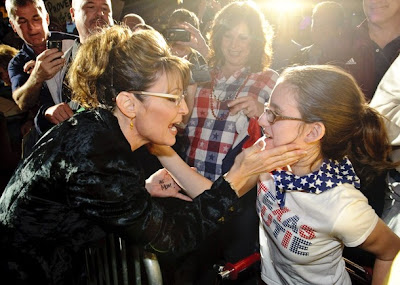 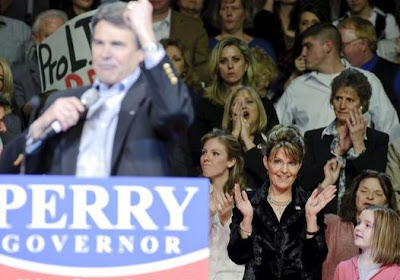 She is not letting these fools get the best of her! It's nice to see one of us out there for a change. It's so nice to see someone use a crib sheet on her hand rather then let her handlers write a speech for her and then she just reads it off of a teleprompter. I can't help but laugh at the goofballs from the left. They are obsessed with Sarah Palin to the point that they veiwed every inch of her speech to the NTPC. I remember when all they did was protest Bush for his deficit spending,the war in Iraq,international relations and anything else they could think of to project their anger of loosing the Presidentcy. Even though they tryed to cheat in Florida by changing the rules. But that is another story. We need to spend more time laughing at these so called 'angry liberals'. They dropped everything they stood for so they could attack Glenn Beck,Fox News and Sarah Palin. It looks to me like they never did believe in peace,debt reduction,closing GITMO,stopping the Patriot Act,torturing suspected 'enemy combatents' and everything else they used to protest about. How can we take anyone serious when they don't really stand for the things they used to when we had a Republican president? I know I don't and neither does most of Americans. The left have become nothing more then a joke to the rest of America. We used to think you had real causes that you were willing to fight for. Even if we didn't agree with your causes we used to admire your gumption on fighting for them. Now we know better and the truth of your anger is out. So have fun mocking Sarah Palin for writing on her hand. It is funny for sure. But the real joke is on you. BWAAAAHAHAHA
Posted by Chris at 8:07 AM 3 comments: