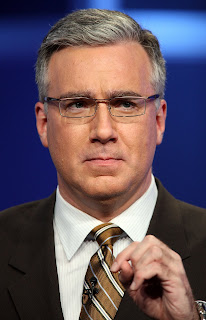 Stuart Schwartz writing for American Thinker has a must read article called “The Fat Lady Sings For Keith Olbermann”.  Schwartz is merciless in his telling of how and why Keith Olbermann (and MSNBC too) on their way out the door.
Here is a sample of what Schwartz delivers to Olbermann:

"It ain't over until the fat lady sings."

The fat lady is doing more than singing for Keith Olbermann. And, like most of the other women in the life of MS-NBC's premiere leftist sexist, she's not interested in dating him. Rather, she merely wishes to see his well-padded bottom fade into the distance.

In sports broadcasting, where Olbermann worked for twenty years, the phrase -- picked up from opera -- signifies the end of the game, the last minutes when hope of revival is past and fans head for the exits. The viewers of "Countdown with Keith Olbermann" have been heading for the exits for the past year as part of a general exodus from MS-NBC.